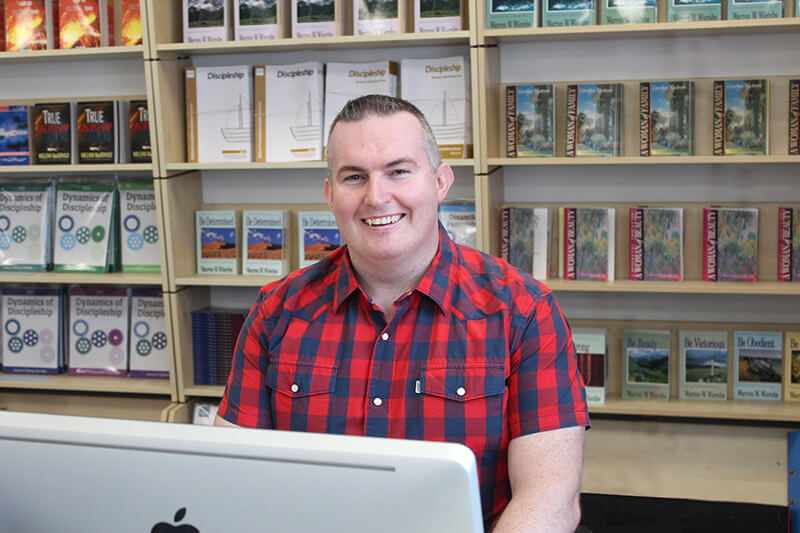 Getting to know Declan

Growing up as a young man in Randalstown, Co. Antrim, Declan had a strong desire to learn about God. One of his favourite (and best) subjects at school was Religious Education. However, his talent and skill in other subjects, most notably Art and Design, saw him embark on a career in the world of marketing and web design. He came to know Jesus as his Lord and Saviour in 2002, and in an instant his ambitions and plans for the future changed forever. In May 2011 Declan married Angela and they live in Belfast. Declan has held key marketing roles with a number of local firms, including a major Northern Irish retailer. He also has a real passion to serve the Lord and make Him known, which was evidenced by his six year’s voluntary service with Teen Challenge Belfast and his ongoing church involvement.
LMI Story
Since 2014, Declan has volunteered with LMI, designing and managing our website and creating online and offline publications. Given the significance of his contribution to LMI over the years, we are thrilled that he applied and was accepted to join our staff in a joint post involving our Publishing & Communications and Mission Awareness Programme Departments. We know that he will have a major role to play in taking the mission forward with his web and graphic design skills, and that his love for the Lord and the lost will mean he is well placed to share in meetings about the work of the ministry and challenge believers to get involved in mission.
Favourite Bible Verse
My favourite verse is Hebrews 11:1: “Now faith is the substance of things hoped for, the evidence of things not seen”.