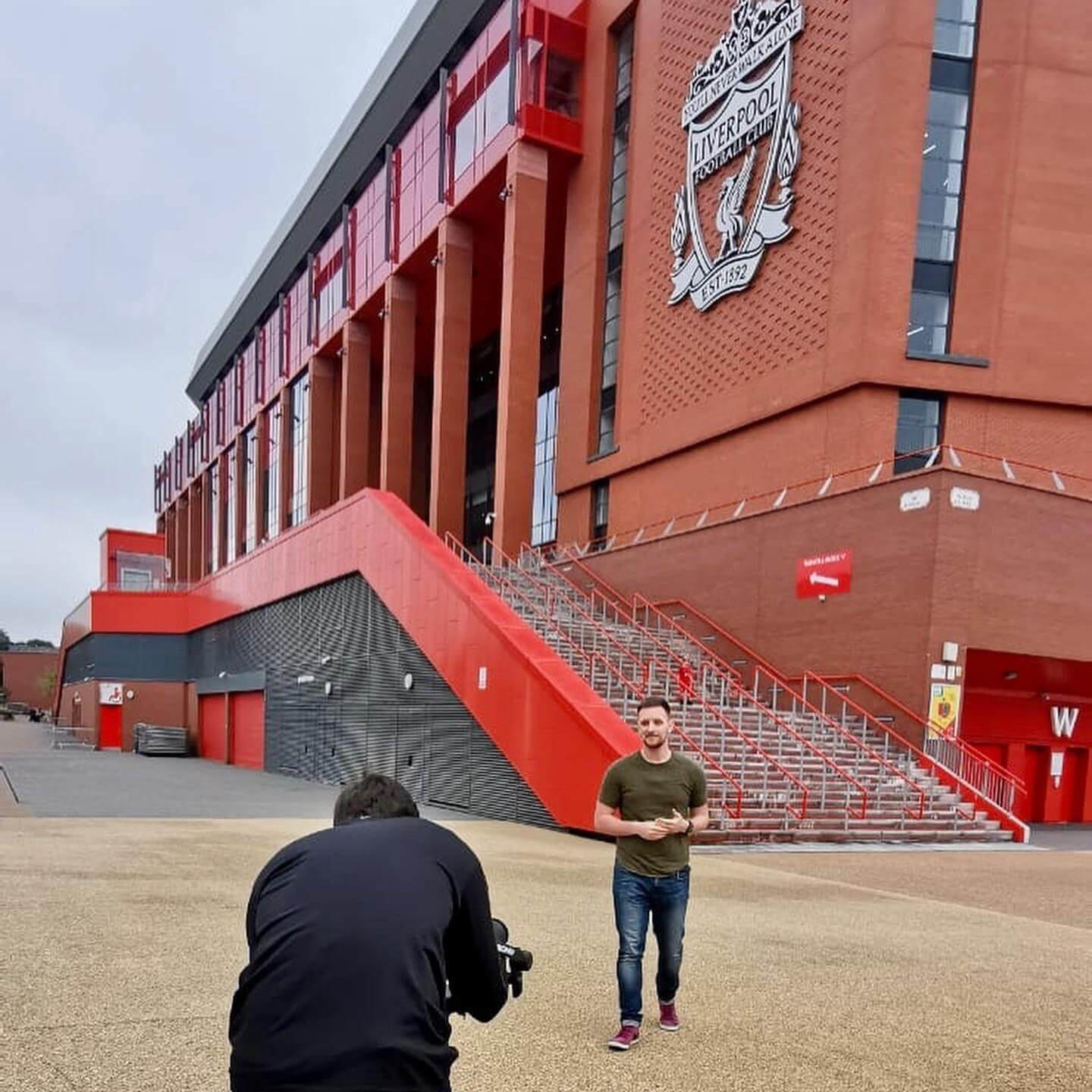 “Liverpool FC have moved quickly to sure up their defence ahead of next season with the signing of Danny Roberts, a world-renowned centre back who has been plying his trade in Northern Ireland in recent years…”.

Okay, so this is not entirely accurate, but Danny Roberts went back to his native Liverpool today and he was at Anfield, along with Scripture Union Ireland’s tremendously talented videographer, Jonny Somerville 🎬☘️. 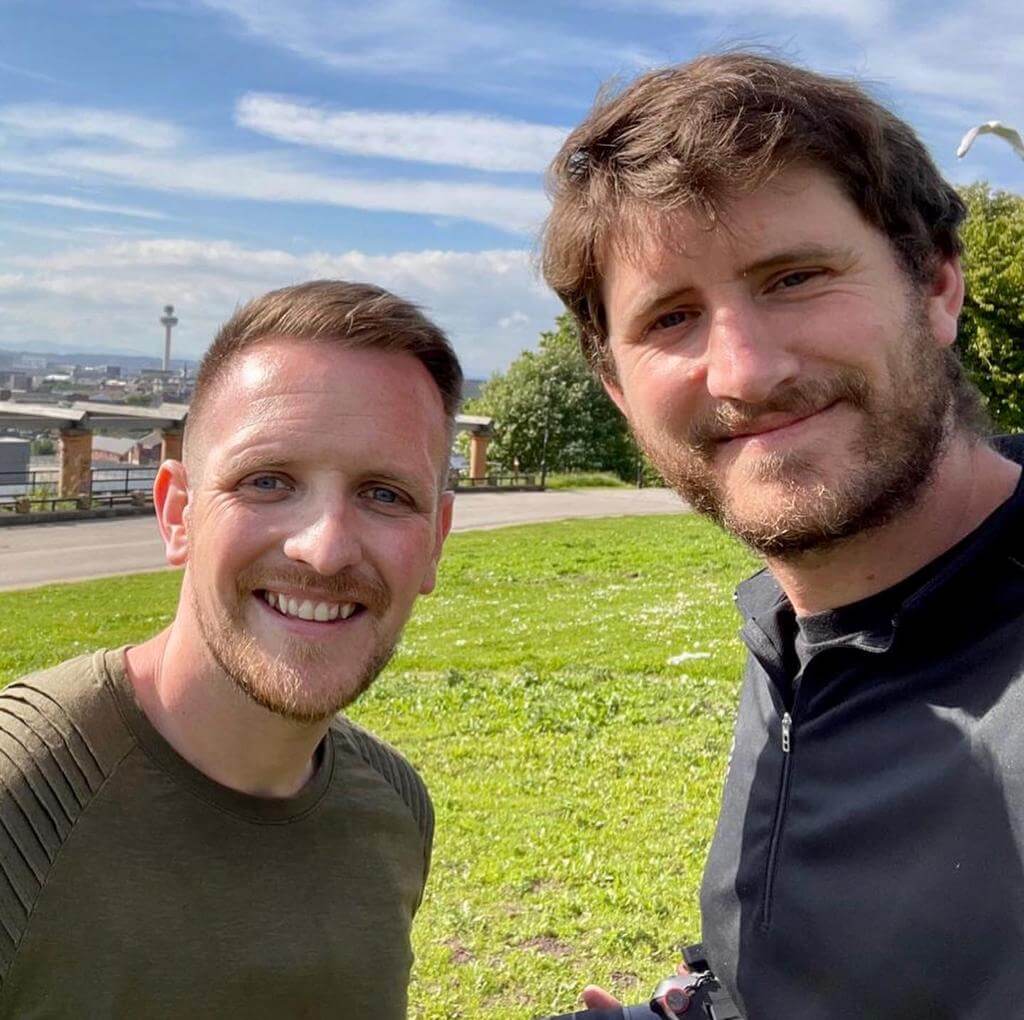 The duo are busy recording brand new material for the next SHINE event - which will take place in November, Lord willing - and will include Danny’s engrossing testimony of God’s grace to a young man struggling through his teenage years. The second photo shows Danny speaking in Stanley Park Church where his dad, Eddie Roberts, is currently the Pastor 📖🙂. 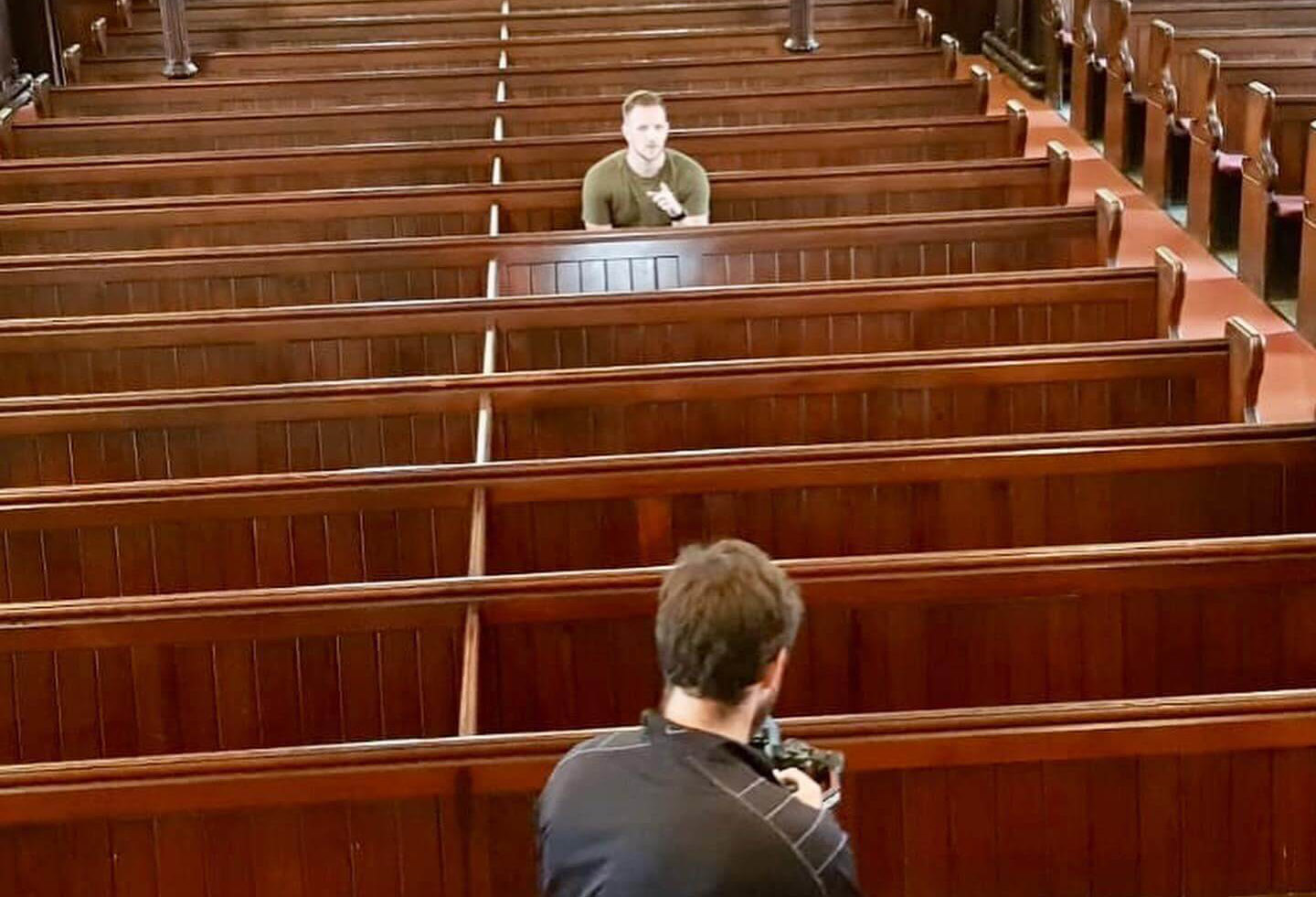 Danny and Johnny put in a phenomenal effort to capture as much footage as they could for the video of Danny’s testimony, visiting several areas of the city, and were aided throughout the day by Danny’s wonderful family 👏🏻🙂.

We would value your prayers for Danny and Jonny as they work on this project and for a safe journey home when they travel back to this side of the Irish Sea later this evening.