Getting to know Danny 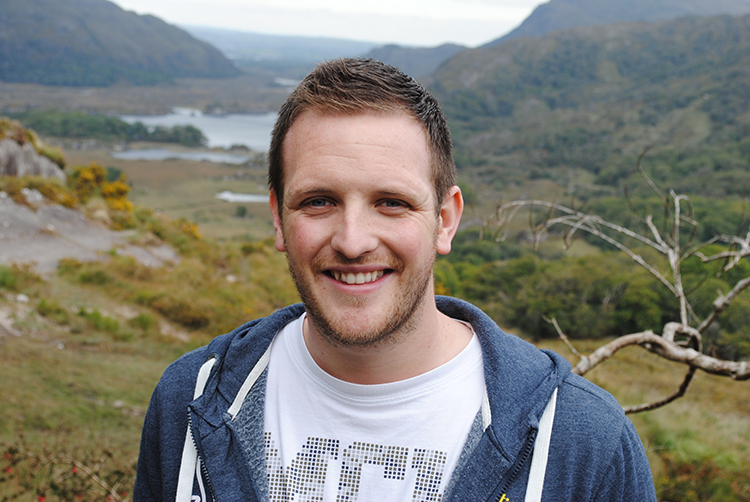 Danny Roberts became a Christian when he was just seven years old, and he has a real passion for working with young people. He worked part time as Youth For Christ's (YFC) Church Work Co-ordinator while also heading up the children's work for St Laurence Church, Kirkdale from 2007-2010. Following this he became Interim Director for Liverpool YFC from 2010-2012. In 2012 he also graduated from the University of Chester with a BA Honours degree in Youth Work and Applied Theology.

Danny is married to Faith and has a beautiful daughter called Annabelle and a handsome son called Jonah. He is a keen Liverpool FC supporter and enjoys playing football himself. He also loves photography and occasionally delves into the world of baking – cheesecake being his speciality.

After falling in love with a Northern Irish girl called Faith, Danny found himself living on ‘the emerald isle’ in 2012. God soon directed his path to LMI, and he joined the Youth and Schools Outreach (YSO) Team in 2013. Danny helps to create the LMI youth programmes that the team delivers free of charge in schools and youth groups, which cover various aspects of the Christian faith. He is a gifted speaker and his easy manner and personable character allow him to really connect with young people, who, of course, also really enjoy listening to his distinct ‘scouse’ accent.

Danny is actively involved in our Mission Awareness Progamme and he enjoys taking meetings to promote the work of LMI. He also helps to create media presentations and videos for the mission, as well as using his photography skills to record ministry events.

In 2015 Danny served on an LMI Summer Outreach Team to Hungary to help reach children with the Gospel.

I have the reference engraved on my wedding ring. The passage becomes more and more real to me through my life, especially since becoming a father. You get a whole new experience of what love really is. It’s an amazing explanation of the love of God.”