A Word For Your Week: Galatians 3:13b 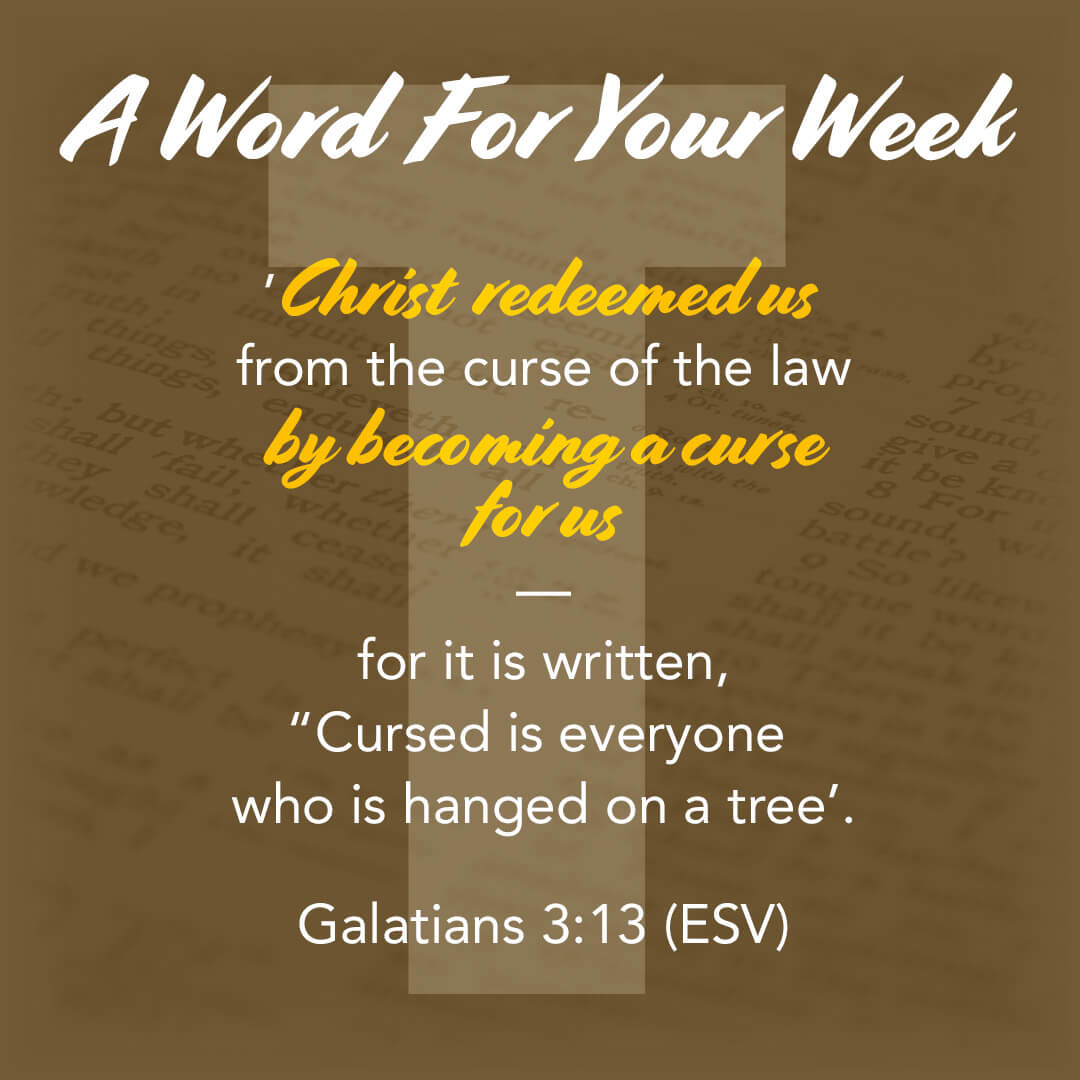 T - TREE ‘Cursed is everyone who is hanged on a tree’ Galatians 3:13b

John chapter 19 v 17 – 18 ‘and he went out, bearing his own cross, to The Place of a Skull, which in Aramaic is called Golgotha. There they crucified him, and with him two others, one on either side, and Jesus between them’

‘Three crosses standing side by side, Of broken law a sign, Two for their own transgressions died, The middle one for mine, The middle One the Son of God, Shedding His blood for me, And trusting in that precious blood. I’m safe eternally.’ (Anon)

The Saviour’s cross, He died for the sins of the world

The scoffer’s cross, he deserved to die but scorned the Saviour

The sinner’s cross, he died for his sins but received the Saviour’s forgiveness and assurance of eternal life at Calvary.

On Good Friday we focus on the suffering of Christ as He died on the cross. 1 Corinthians 1:18 ‘For the word of the cross is folly to those who are perishing, but to us who are being saved it is the power of God.’ The Lord Jesus Christ became a curse for us by bearing our sins on the tree in order that the curse of sin could be removed from us. How great is that love!

When He cried ‘It is finished’, He had fully paid the price for our salvation.

Oh to see the dawn, Of the darkest day

Christ on the road to Calvary, Tried by sinful men

Torn and beaten, then Nailed to a cross of wood

This, the power of the cross, Christ became sin for us

Took the blame, bore the wrath, We stand forgiven at the cross

Oh, to see the pain, Written on Your face

Bearing the awesome weight of sin

Now the daylight flees, Now the ground beneath

Quakes as its Maker bows His head, Curtain torn in two

Dead are raised to life ‘Finished!’ the vict’ry cry

Oh, to see my name, Written in the wounds

For through the suffering I am free

Death is crushed to death, Life is mine to live

Won through your selfless love.