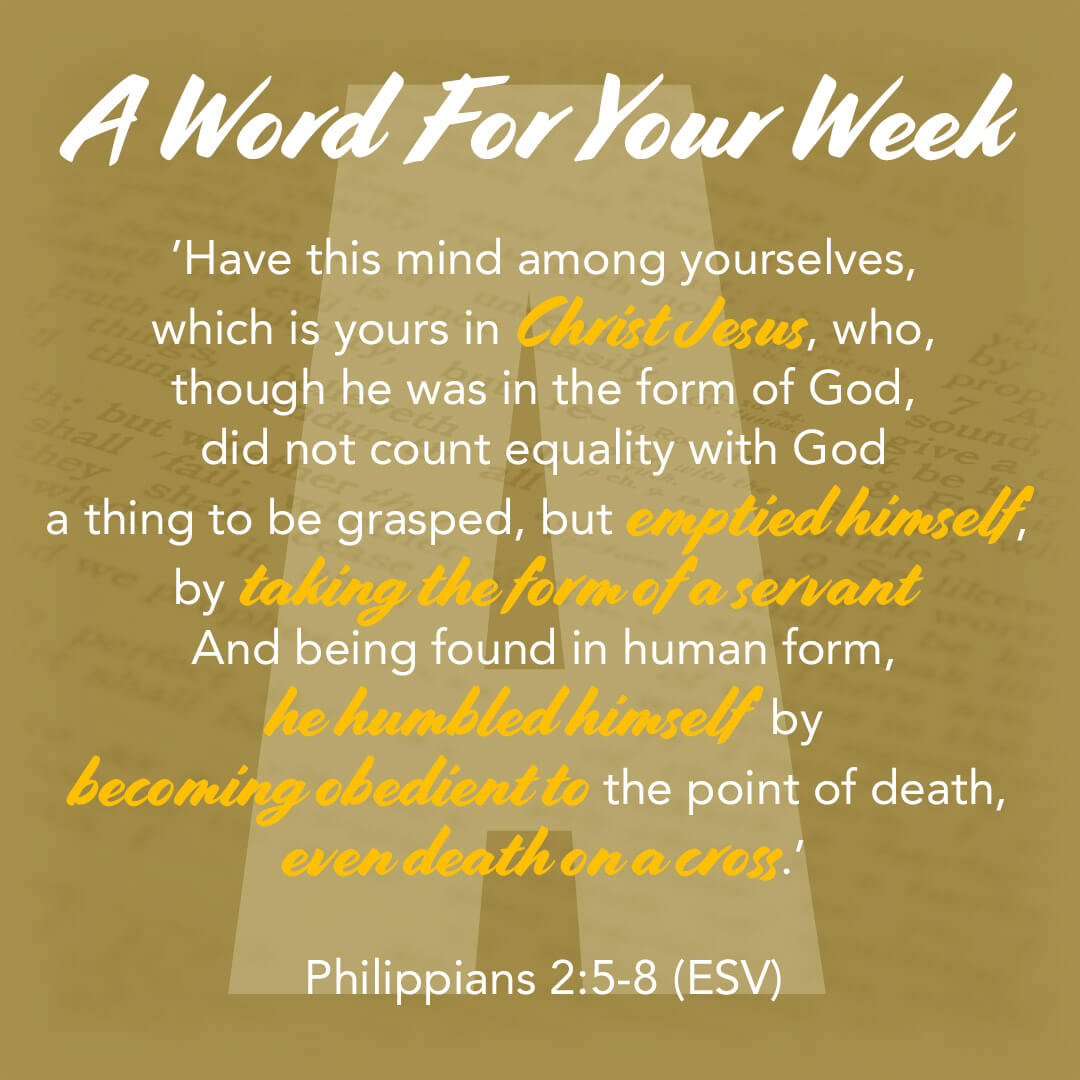 Have this mind among yourselves, which is yours in Christ Jesus, who though he was in the form of God, did not count equality with God a thing to be grasped, but emptied himself, by taking the form of a servant, being born in the likeness of men.

And being found in human form, he humbled himself by becoming obedient to the point of death, even death on the cross.

These verses trace the actions of The Lord Jesus from heaven to the cross. He was the son of God in heaven yet He had a serving heart. He laid aside his privilege of equality with God to serve others. Christ willingly became a servant and was born in human flesh like us. The incarnation event was the Creator,the giver of life being born! He knew before He left the splendour of heaven that He would go to the cross and die for the sins of the world, rise again and return to the Father. Christ was willing to become a curse for us, now He is exalted at the right hand of the Father. He is a Saviour worth serving!

From Heaven you came helpless babe, Entered our world, your glory veiled

Not to be served but to serve, And give your life that we might life

This is our God, The Servant King, He calls us now to follow Him

To bring our lives as a daily offering, Of worship to the servant King