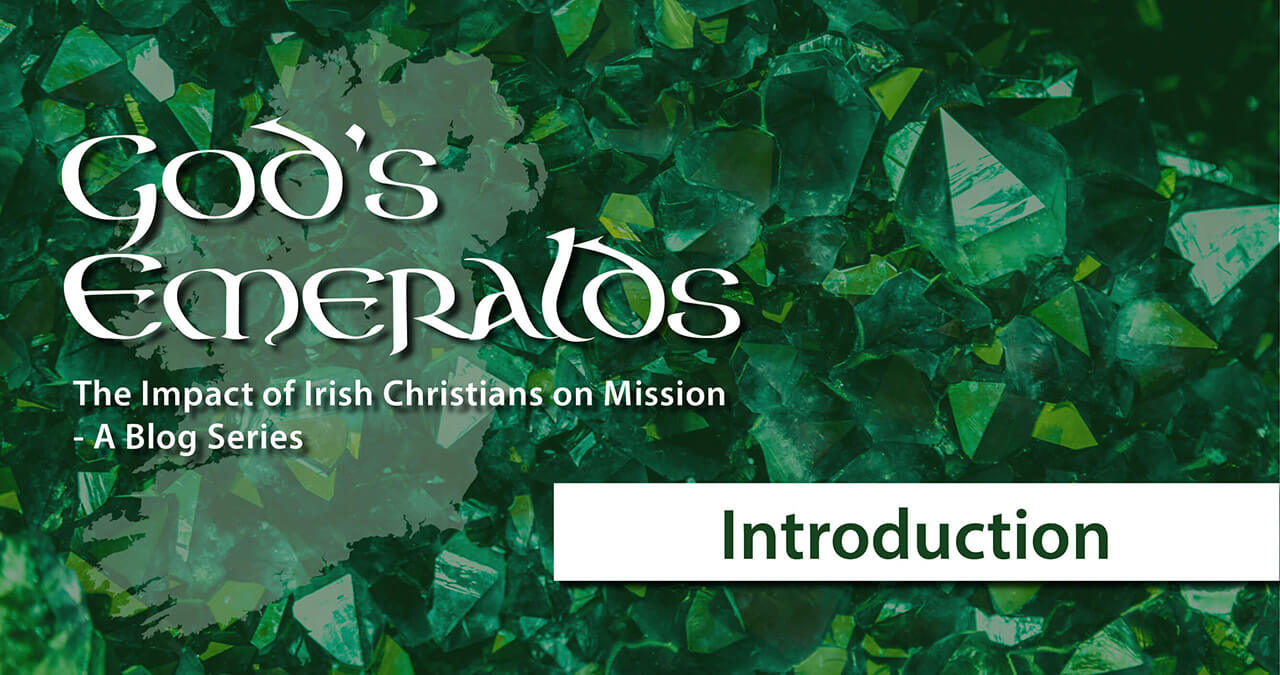 The island of Ireland is renowned around the world for the courage and faithfulness of men and women who have answered the call of God and dedicated their lives in the pursuit of sharing the Gospel and fulfilling the great commission. From the time of Saint Declan, Saint Patrick and Ireland’s conversion to Christianity, through to more recent times and inspirational figures such as Amy Carmichael, Ireland has been known as ‘the land of saints and scholars’, and contributed to the Good News being spread throughout the four corners of the earth.

At LMI, we are passionate about mission and want to honour Irish missionaries, both the well-known and those less so, who have sacrificed so much and dedicated their lives in the pursuit of Christ and extending His kingdom. Some have passed into eternity; some have retired; and some remain on the mission field. Some we cannot even write about because to do so could endanger their lives.

We recognise their sacrifice, and indeed the sacrifice of all missionaries from all around the world, who have surrendered their will to the Lord.

We have entitled this blog series ‘Gods Emerald's’, based on the title ‘the Emerald Isle’, a name often given to the land of Ireland. In addition, the characteristics of an emerald are an apt way of describing many of the individuals we will cover in this series: exceptional, valuable and transparent.

Rarer and often more expensive than diamonds, emeralds are forged in the depths of the earth with darkness, pressure and time. These characteristics often reflect the experiences of those in the mission field, serving in locations where there is intense spiritual darkness, under pressure, perhaps alone and with only their faith and trust in God as their companion. Only the Creator of the heavens and the earth knows their true value, and while not often considered precious or esteemed in human eyes, they are cherished and treasured by the Lord.

There are a wide range of precious gems listed in scripture, both in the Old and New Testaments. From the ruby, topaz and emerald listed in Exodus 28, to the diamond, beryl, and onyx in Ezekiel 28, to jasper, sapphire, chalcedony and emerald listed in Revelation 21 - God possesses a vast array of precious jewels. With this in mind, I find Revelation 4:3 particularly striking, when John shares his vision of the great white throne and a rainbow shining like an emerald encircled it:

‘And the one who sat there had the appearance of jasper and ruby. A rainbow that shone like an emerald encircled the throne’ - Revelation 4:3

God has often used missionaries like torchbearers, blazing trails in near and distant lands, providing tracks for those who follow to make a path. We trust you find the ‘Gods Emerald's’ blog series challenging and inspiring, resulting in honour and praise to God and ‘fanning into flame’ your heart and passion for mission.

“The amazing thing is that everyone who reads the Bible has the same joyful thing to say about it. In every land, in every language, it is the same tale: where that Book is read, not with the eyes only, but with the mind and heart, the life is changed. Sorrowful people are comforted, sinful people are transformed, peoples who were in the dark walk in the light. Is it not wonderful to think that this Book, which is such a mighty power if it gets a chance to work in an honest heart, is in our hands today?” - Amy Carmichael